The Origin & History of Marzipan in Toledo, Spain

30 Dec The Origin & History of Marzipan in Toledo, Spain

Posted at 00:17h in english by Toledolockers . 0 Comments
0 Likes 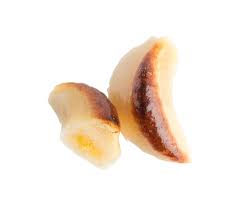 As the holidays fast approach, many of us are looking forward to the hearty holiday meals, festive music, and delicious desserts that await us. While there are plenty of sugary confections that decorate our tables like pies, pastries, and cookie assortments, the one confection that gets a lot of attention in December is marzipan. It comes tucked inside chocolates, used as glaze for cakes, moulded into celebratory shapes, and made into sweets that often imitate fruit. Enjoyed as part of Christmas tradition across Europe and Latin America, this rich almond-based sweet has an interesting origin. Let’s dive into what marzipan is, where it comes from, and how it can be enjoyed.

What Is Marzipan & What Makes It High Quality?

While the formula and ratio for marzipan varies from country to country, the traditional recipe is an ancient one that contains the same building blocks wherever you go. Raw, ground almonds are blanched and emulsified with sugar to make an almond paste. Some confectioneries will then take the mixture and add in other subtle components like honey, almond oil, almond extract, or egg whites.  A great example of this is a seventh-generation marzipan maker in Toledo, Spain that runs Santo Tomé. Their recipe calls for 57% raw, ground almonds, 40% sugar, and 3% honey.

If you are looking for a high quality marzipan sweet, you want to look for one that has a high percentage of included almonds. The higher the almond percentage, the better the marzipan is going to taste, as it won’t include cheaper substitutes like apricot kernels.  Ideally, you are looking for a marzipan confection that contains at least 50% almonds. You will definitely find this in Finland and Sweden, Germany, and in Toledo, Spain where percentages range from 50-65%.

What Is Its Origin Story?

Since marzipan has been embraced by so many different cultures since its invention, it is hard to track down its exact origin point. While it is believed to have been introduced to Eastern Europe through Edirne (Adrianople), a northwestern Turkish province close to the borders of Greece, many attribute its invention to Lübeck, Germany.  During the 15th century famine, flour for bread was scarce and so bakers needed a replacement and used eggs, sugar, and almonds together to make marzipan. However, this is only one proposed line of origin, as other cities like Toledo, Spain, Italy, and Hungary also make claim to its invention.

According to the Spanish, the origin lies with them, as historical texts indicate that Postre Regio was eaten in Toledo, Spain as a specialty during the reign of Alfonso VII (1150). In addition to this, a collection of Middle Eastern folk tales called

The Book of One Thousand and One Nights which is also known as Arabian Nights, mentions an almond paste being eaten during Ramadan as an aphrodisiac. It is also believed that sugar and almond could have been used to make an almond paste during the famine that ensued in Castile after the Battle of Las Navas de Tolosa in 1212. To top all of this off, the European Union does recognize the name, Marzipan de Toledo, as the protected designation of origin.

If you are in the Toledo area and want to delve into this delicious item, there are plenty of local pastry, cake, and candy shops that sell marzipan sweets all year round. If you are not a local and are visiting the area, make sure to store your luggage with self-storage before you pop off to the local shops. These shops tend to be quite quaint and don’t have a lot of room for large knapsacks, so take a look at storing your items with Toledo Lockers.  They are open from 9:00am-9:00pm, seven days a week, can be booked from any mobile device, and provides you with 100% security during booking and payment.