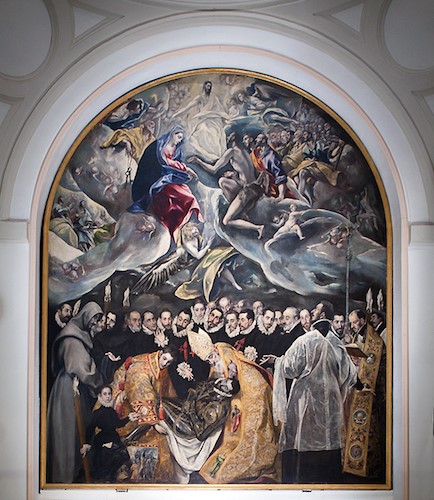 Posted at 16:12h in english by Toledolockers . 0 Comments
0 Likes

Doménikos Theotokópoulos, better known as El Greco, was born on the 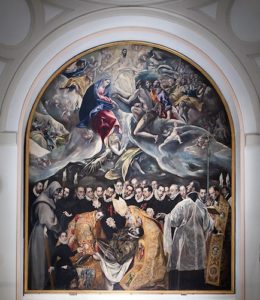 Greek island of Crete (1541) in Candia, the largest municipality of the island and principal port. At the time, Crete was a part of the Republic of Venice, and while not much is known about El Greco’s early life, we do know that he decided to go to Venice to study as a Venetian citizen. El Greco found himself in the studio of renowned painter, Titian (Tiziano Vecellio), where much of his early work & training was done in the Venetian Renaissance style of the 16th century.  While El Greco did complete one of his finest early works while in Venice, the Miracle of Christ Healing the Blind, known as La Curación del Ciego (1570), it wasn’t until he moved to Toledo, Spain where we see him truly thrive.

El Greco’s Toledo Masterpieces – Why They Are a Must Visit

The main catalyst behind El Greco’s move to Toledo was to seek out royal patronage from King Phillip II, who was building the monastery of San Lorenzo at El Escorial. Unfortunately, while this did not work out for him, he did meet Diego de Castilla, the dean of the Toledo Cathedral, who commissioned him to paint a group of artworks for the church of Santo Domingo el Antiguo. This is when his career began to take off. With this said, let’s look at some of his amazing masterpieces that came out of his time in Toledo, Spain.

For art enthusiasts, tourists, or those interested in El Greco’s painting history, his most modern works from the late 17th century can be found at the El Greco Museum in Toledo. The museum consists of two buildings, one which is a recreation of El Greco’s home, and the other is the museum housing his late period works like the Tears of Saint Peter and the View and Plan of Toledo.  If you do plan on traveling to and staying in Toledo to visit El Greco’s works, a convenient and safe option for storing your luggage while you explore the city is Toledo Lockers, a self-service, 24-hour, locker service that lets you book a locker online for your travel dates and access the locker at any time during your reservation.